Just in case you haven’t heard, Mauricio Pochettino has been sacked as Tottenham’s manager and Mourinho is now his successor. I’m currently running poll on my Twitter account @calciofanblogs1, asking which Serie A club Pochettino should manage next. As a result, I decided to write an article about the three clubs in Italy that I think Pochettino Should manage. So, here they are! 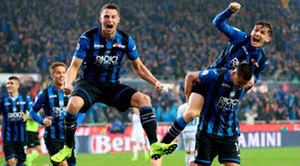 Atalanta currently sit fifth in the Serie A standings. However, they don’t seem to be in crisis mode, as they are two points off of a Champions League spot and Duvan Zapata is out with an injury. So, it’s not like Gasperini is under the hotseat. However, if Gasperini leaves within the next couple of seasons for some reason, Pochettino would be the perfect successor. Most likely, Atalanta would be playing in a European Competition. Also, domestically, Atalanta would most likely be challenging for a Champions League spot. Therefore, it would be a great place to manage. Pochettino wouldn’t have the pressure that he might have managing other clubs in Italy.

Based on the way AC Milan has played this season and the last several ones, I’m sure fans would love for Mauricio Pochettino to manage their club. I feel that this would be more of an immediate appointment, as they desperately need a top level manager. However, there is one big problem that might hinder Mauricio from managing AC Milan. That big issue is the fact that they aren’t playing in any European Competition this season and have a good chance of not doing the same next season. The challenge of this job would definitely be immense for Mauricio Pochettino. However, if he were to succeed at this project, he would become a legend to AC Milan fans. Also, AC Milan are at a low point in terms of results, therefore, the expectations probably won’t be unreasonable for him to accomplish.

Current, Carlo Ancelotti finds himself on the hotseat as Napoli’s manager, as they’re in seventh in the Serie A table and haven’t really looked as they should on the pitch this season. If Napoli continues this poor run of form under Ancelotti, Pochettino would be an ideal replacement for him. If you really think about it, his situation at Napoli wouldn’t be too different than what it was at Tottenham . Yes, there is a bit of a difference because Napoli has actually won a couple trophies within the last five years. However, they are similar in that they’ve both consistently qualified for the Champions League, recently. Theyve also challenged for their respective domestic titles in recent years. Pochettino will also have a pretty skilled squad at his disposal. It’d be a challenge, however, not as much as some other clubs he’s been linked to.